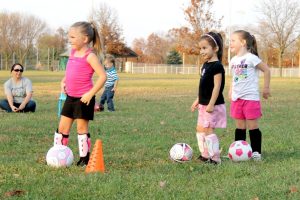 “Perhaps the single-most intriguing finding from our analysis was the fact that those individuals whose scores on the creativity assessment identified them as “above-average” were not children who eschewed organized sports in favor of the activities we traditionally associate with creativity (art, music, theater, etc.). Instead, the respondents with “above-average” creativity simply appeared to strike more balance between their time spent in organized and unstructured sport settings.