My brother, Jerry, was nearly 6 years old when I was born in 1935. Aside from my parents, he is probably the most important influence in my early life. I was the third boy born into our family. Along with Dave and Jerry and our parents, we lived in a single two-bedroom bungalow on Chester Street in South Bend. Yes, the three boys were in one small bedroom.

When Jerry became a teenager, her father decided to expand a part of the garage, and created a bedroom for Jerry. He liked having his own place, but he didn’t care for the lack of heat, insulation, and a bathroom. Sometimes he’d wake up on a snowy morning and head straight for the house, in his pajamas. We’d usually leave the back door unlocked, but sometimes forgot. One of Jerry’s unpleasant memories was banging on the back door while students heading for the high school looked on in amusement. We finally did move to a larger house, much to his relief.

As I remember, even in those early days, Jerry was an organizer. On one occasion he organized a circus in our backyard the neighborhood kids. Our dog, Foxy, was advertised as the wild animal, and pull the wagon up and down the block to generate interest. The circus itself consisted of a series of displays. Among other things, there was a wild animal (Foxy), a real monkey (a mirror), and the dog with no hair (a hot dog). I remember it all as very exciting and a lot of fun.

Much later, Jerry and I worked as counselors at a YMCA camp on Corey Lake in Michigan. Jerry’s enthusiasm and organizing skills were again on display. Cleaning the latrines was one of the most odious jobs in camp. When Jerry was asked to take charge of this detail, he didn’t hesitate. He organized a team of cleaners, gave them badges, and somehow made the work a badge of honor. Campers lined up to be part of the team. It was amazing.

His later life saw these organizing skills continue with the purchase and rehabilitation of Gibson cottages, his work for Harvard, his creation of his own business, and later in life the promotion and creation of the new transfer station in Eastham. But beyond being an organizer, I’ve seen him generate enthusiasm for his projects. When our family started coming out here to the Cape, for example, there was no more coveted job for my children than going on the “trash run”, which involved loading the smelly trash cans onto a trailer and taking them to the dump. Somehow, the Jerry was able to make this the most attractive of jobs.

Anyway, back in South Bend, Jerry graduated from John Adams high school in 1947.  He was valedictorian of his high school class, state track champion, leading man in a senior play, and was convinced by his Latin teacher to apply for Harvard. After four years, his graduation was the only time that our family made it out to Cambridge. I remember being quite impressed by it all, especially the speech in Latin.

Jerry went on to study theology at Boston University, and over the Christmas holiday of 1953 he invited a young lady by the name of Mary Jane Hitchcock for a visit at our home in South Bend. We all liked Mary Jane a lot, and a good thing we did. She and Jerry announced their intention to marry the following summer. So when August of 1954 rolled around, my parents and I and an aunt all headed off for Shreveport, Louisiana. We weren’t prepared for the heat, and cars didn’t have air conditioning in those days. I remember buying a large block of ice were cooling purposes and putting in the back seat in a tub. Our form of air conditioning.

Well, after Jerry and Mary Jane spent a year in Scotland were Jerry was a Fulbright scholar, they settled for a time in Waterbury, Connecticut, and later in the Boston area. Since I was stationed by the Army in Philadelphia at the time, I was able to visit them in both places, and I began to realize what it influence Jerry had been in my life. For one thing he developed a real appreciation for classical music, which is rubbed off on me for the rest of my life. And with his Methodist ministry he became quite concerned for those among us who are less fortunate, which led them to the Democratic Party, a path that I have also taken. On a more mundane level, Jerry loved the large bowls of ice cream with chocolate sauce, a practice that I eagerly adopted.

Yes, I’ve been deeply influenced by my older brother, and in later years he loves to talk about how things were in the those old days: those early days on Chester Street, and that fishing trip to northern Michigan with my father in the neighborhood.  We remembered the same songs that would be playing on the jukebox in the restaurant where we ate, and the data Jerry ate a big breakfast before going fishing on Lake Superior. He assured us that he never got seasick. As it turned out he shouldn’t have had that big breakfast.

Besides being a good organizer with the contagious enthusiasm, I also admired my brother’s generosity. When the season didn’t start until July 4, we’d come out in June and Jerry always seem to find a place for us to stay. He and his whole family were always very gracious. And Jerry had many sites. He had the courage to do what was right. He went to Selma to march with Martin Luther King (and former classmate at Boston University). He went to Mississippi to do civil rights work. There are not things that the faint of heart would take on.

I miss my brother but remember him fondly as someone who always had a way of making us feel welcome. I consider myself fortunate to have had him in my as my big brother. 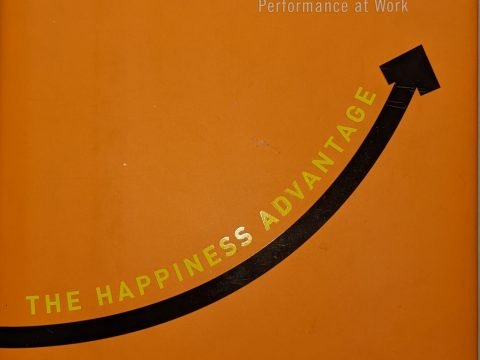