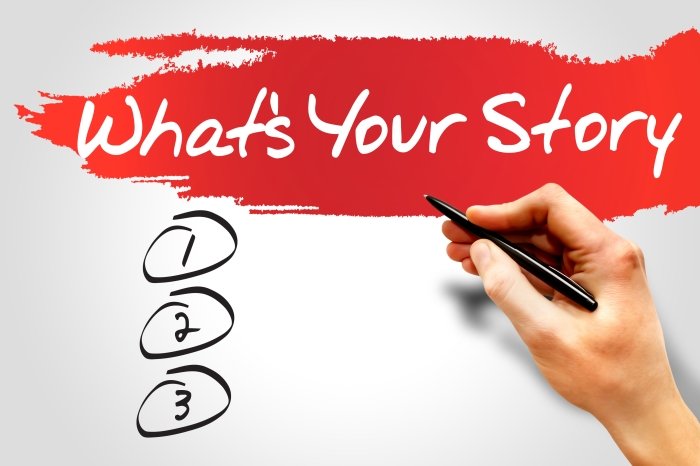 From 99U, Matt McCue provides a terrific 5 step process for telling a story. Matt writes:

Here’s a five-step guide for how to build and develop a compelling narrative. It uses 99U articles as examples, so readers can see how an editorial property evaluates ideas, decides which ones get published, and why. Granted, there is no one-size-fits-all way to tell your story, so this is intended to serve as a blueprint that can be adapted to your medium, whether it is text-based or visually driven, a 60-second bio pitch to a new client or a six-month social media campaign that showcases the creative process behind your latest project –  or even a 100-page love story, if you’re feeling particularly ambitious.

Step 1: Find your story by identifying your unique spin on a universal theme

The hardest part of telling your story can be getting started, which is ironic, because if you’re the main character in your story, or championing a brand, you should theoretically know everything there is to say about it by heart. But the reality is that when we’re drivers of a story, we sometimes barrel down the road with blinders on – all we’re focused on is what’s ahead, when we also need to see the larger themes at play around us.

If you’re having trouble nailing down your narrative, you’ll appreciate the tale of Texas sign painter Norma Jeanne Maloney. Her story wasn’t initially obvious to us. We were intrigued by the words that described her – “Texas sign painter” – but it was hardly enough to warrant a 2,500-word feature. So we looked more closely at her life in an attempt to uncover what we could about someone who has never led a global branding campaign and is not widely known outside of her community.

Here’s what we saw: For the past 25 years Maloney has hopscotched around the country, from San Francisco to more affordable Nashville (where she painted honky-tonk bar signs) to affordable-turned-gentrified Austin to sleepy, and way more affordable, Taylor, Texas, in pursuit of one thing – painting colorful signs by hand for the likes of BBQ joints, butcher shops, and tattoo parlors. Hell, she even drove a meat truck for two years to fill her coffers during a work slump.

Today, out on the sun-punched Texas plains, Maloney puts on her cowboy hat and works from dawn to dusk, “like a farmer,” in a 117-year-old mint-green building that resembles an Old West saloon. Her rent is relatively low, giving her the financial freedom to create on her own terms.

The more we learned about Maloney, the more we got behind her story, because in it we saw a familiar, compelling theme: Here is someone who has spent nearly half her life doing whatever it took to do what she loves. Yes! So even if we’re not sign painters ourselves, we can still relate in some way to Maloney. That theme, then, became the frame to our story, and we could use it as our opening to illuminate Maloney’s unique cross-country journey within it.

Making sacrifices to live the creative life might be the theme of your story, too. Or it may not be. Begin by outlining other universal themes – like the underdog story or the coming-of-age story – to find the one that best fits your journey. Then sketch out the details that paint your character portrait using as many bits of real-life flavor as you can come up with: hand-painted signs! From sunup to sundown! The meat truck! Once you’ve done this, you’ve established who you are and where you’re going: the start of your story.

Step 2: Take us on an adventure

Stories need motion. They need action. They need someone going on an adventure, whether that’s a physical trek or an introspective, reflective one. Better yet, stories should have both, because your goal is to add as many memorable wrinkles to the narrative as you can in order to differentiate your tale from every other one in the marketplace that follows a similar theme.

Take a scenario we at 99U get pitched a lot: that of a young artist who moves to New York City with nothing but a suitcase and a dream to put their artistic stamp on something. While that’s a relatively uncommon journey in the U.S., it’s typical among the creative set. So how did we pick the one we published over the rest?

We decided to feature Nigerian artist Laolu Senbanjo because his physical journey was so great. He grew up in a family where the males, for generations, had become lawyers because that was considered a respectable job. Senbajo initially went that route himself, but then quit and opened an art gallery in Nigeria. His father was so disheartened by Senbanjo’s artistic pursuit that he once drove Senbanjo around their city’s slums, telling him that if he kept this up, he’d end up there too. But Senbajo kept at his art, and received a visa to the United States.

That’s a good start to Senbanjo’s story, differentiating his journey from those of others who had parental support and traveled a much shorter difference to New York. But there are other strivers who come from humble beginnings and travel long distances, so how could Senbanjo separate himself from that pack? Well, a few years after he arrived in New York City, he got the job of a lifetime: painting Beyoncé’s face with his Afromysterics designs for her music video Lemonade. That led to work with Nike, the Grammy Museum, and the Smithsonian Institution, among others. Not bad! It was only then that Senbanjo’s father came around to his son’s pursuits. “We are your parents and you taught us something about art and being an artist,” he told Senbanjo.

By the time we reach the end of Senbanjo’s interview, we’ve gotten to know him on multiple levels, both inside and out, and each move he made differentiated him more and more from other New York City dreamer stories. In the process, his multiple thematic adventures have given the audience more strands of his narrative to connect with.

The fact that Senbanjo’s story has Beyoncé in it certainly helps, but if you’re like the rest of us and your story is missing Queen Bey, look for stories within a story – say, a father-and-son career-tension story happening within a young dreamer’s journey story – and start weaving them together to give your narrative a unique texture and richness that allows it to stand apart, and stand on its own.

Conflict. No good story is complete without it. That means you have to share tough moments – even moments when you failed. This is tough for everyone. The objective, though, is not to relive memories you’d rather forget; it’s for you to provide another avenue for your audience to connect with you. Think of an aspiring Olympian who misses the Olympics one year, then sacrifices for four more years before trying again. It’s human nature to want to cheer for them, even if we don’t know them personally. That’s not because they’re athletically superior to 99.9% of the population – it’s because they have missed out on achieving a big goal, just like the rest of us. A struggle shows that you’re human, and it gives you a chance to display what you’re made of.

This helps explain why our readers connected with master woodworker Mira Nakashima. She let us in on those moments that hurt. It was Mira’s father George, one of the most respected woodworkers in the U.S., who decided that Mira would follow in his footsteps and make chairs, tables, and other furniture pieces at the family’s rural Pennsylvania studio. George often made important decisions for Mira, including where she would attend college (Harvard), what she would study (architecture), and whom she would apprentice under (him).

Flawless execution on the part of Mira was the expectation. But no matter how hard she worked, it was never enough. “I don’t ever remember being praised for being successful while I was working for him,” said Mira. It was this moment of the story that really sold us on publishing this piece. Imagine if your boss never complimented you on your work. Now imagine if that person was your father. How do you come back from that?

Mira, naturally, is feeling low as a result. But the audience hasn’t deserted her. Instead, they empathize with her – it’s the circumstances around her that are driving the conflict, and she’s doing her best to endure them – and are waiting to see how will she respond.

George passed away in 1990, and Mira finally takes over the shop. She knows she must move forward and evolve. She does, leading the Nakashima Studio into one of the most impressive chapters of its history. If Mira had been born into a renowned family, enjoyed success working for her dad, and then taken over a thriving business, that would have been a nice albeit standard narrative. But stories need to be more provocative – they need to push people out of their comfort zones. That gives Mira a chance to show the audience her human spirit and fortitude – just like an Olympian – making her someone we want to cheer for, both at her low and in the end.

Remember: Showing your vulnerability isn’t a sign of weakness. It shows you’re real, and that gives your audience another way to relate to you. 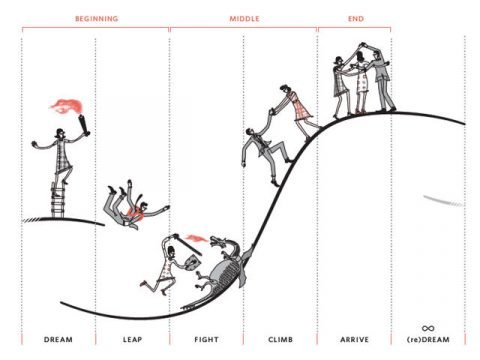 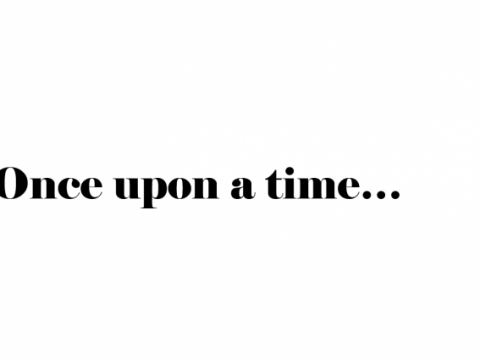 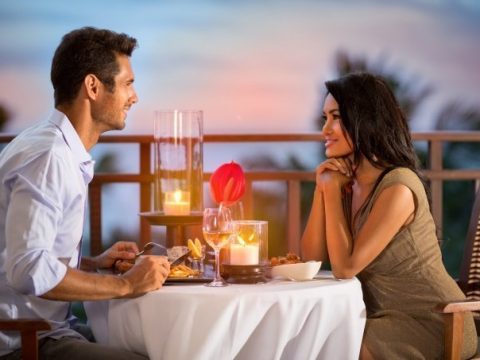 Why Good Storytellers Are Happier in Life and in Love